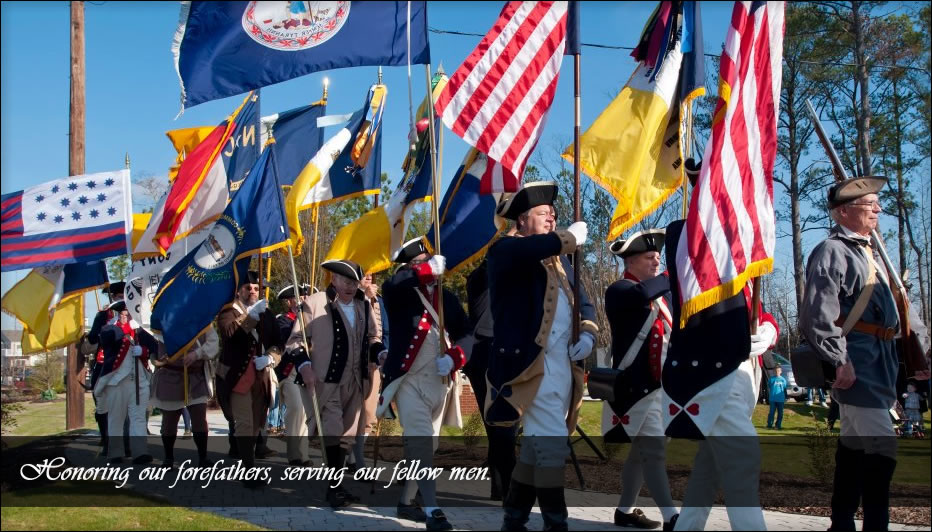 The first Board of Members were:

A new Chapter, starting with 15 members, was formed in Norfolk, VA on February 8, 1924 and was to be called the Norfolk Chapter.

The nucleus of 20 members met on the above mentioned date and elected the following Officers:

The Norfolk Chapter also is involved with our local youth by providing the Knight Essay Contest in which the winner receives a medal, certificate and scholarship. There is also a membership meeting, usually in March of every year, where the program recognizes the youth of our community and an Eagle Scout Scholarship is also awarded.

If, after reading this brief rendition of the history of the Norfolk Chapter SAR and perusing our website your interest has been peaked, please contact any one of the officers listed on the Officers page and we will be glad to give you more information on our chapter, membership procedures and any other questions that you may have. Our main goal and objective is to honor our Patriot ancestors who gave their all so that we can enjoy this great country that we live in today.